Wire Rope In Use: Aerial Tramways and Gondola Lifts 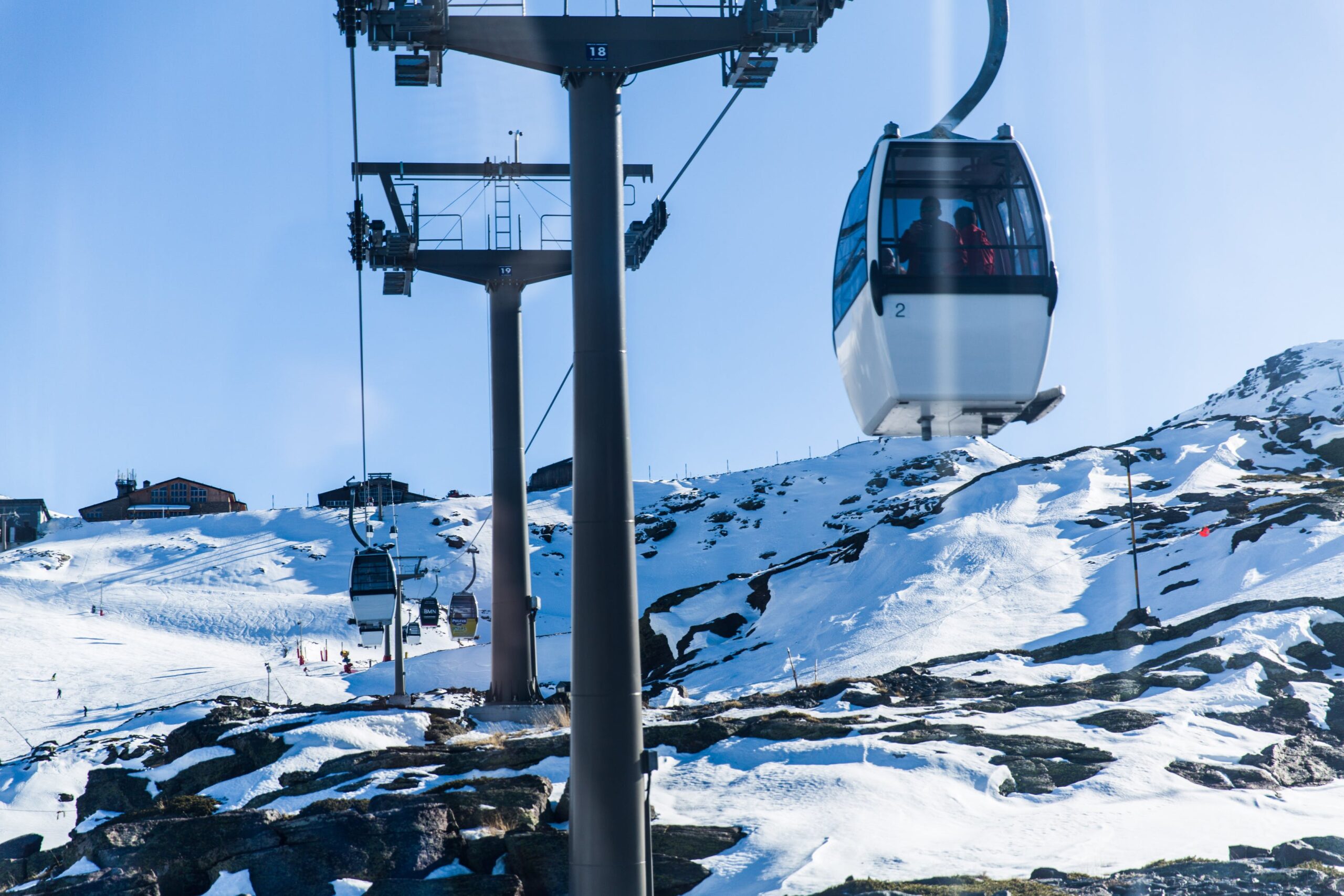 Aerial ropeways and cable cars operate all over the world. Transportation options, such as these, that use wire rope are usually extremely cost-effective, ecologically sound and leave a small carbon footprint. They all basically work off the same principle: there is an electric motor or engine that turns wire rope cables continuously to carry the “cars” from one place to the other. All are called “cable cars”, whether they are on the ground (cable cars and funiculars) or in the air (gondola lifts and aerial tramways)

When you hear the word gondola, what comes to mind? A man in a red and white striped shirt and a straw hat playing guitar and singing to a smitten couple while paddling along the canals of Italy? Or do you think of being in your snow gear carrying your skis or snowboard, waiting for that next car or chair to lift you to the top of the mountain to swoosh all the way down? Hmmm… I guess it depends on where you live and what season it is! As gondolas are long, open boats in Venice, Italy that are guided by oarsmen, gondolas that carry skiers and snowboarders up mountains are called gondola lifts. This may also be part of the reason gondolas are confused with aerial tramways because they seem much more similar to aerial trams than to boats in Italy!

Gondola lifts are usually seen carrying skiers and snowboarders to the tops of mountains. A gondola lift consists of a wire rope cable, with dozens of chairs or cabins attached with a fixed-grip, that is supported by towers and run by a motor that runs continuously from one point to another way up on the mountain and down again (in case you chicken out or drop a ski on the way up). It’s so much better than climbing, not to mention, the view is often amazing because we humans rarely reach those heights!

Either tires or a chain system is used to slow down the cars at the terminals to allow passengers to disembark or board, also allowing passengers still riding the cable to take photographs and sightsee.

Gondola lifts are sometimes replaced with high-speed chairlifts or detachable chairlifts. These aerial lifts are similar to gondola lifts, but their chairs are removable which is more practical than the gondola lifts for a few reasons: they can be taken off to give passengers more time to embark and disembark, they can be easily removed for repairs and, when bad weather strikes, can be removed altogether, to reduce stress on the wire rope and the towers. However, these are more expensive to build and maintain and, as they have more moving parts than gondola lifts, they wear out faster.

Aerial tramways or sky trams are also aerial ropeways that transport people from one place to another and back. This system uses one rope for propulsion and two more stationary ropes to support the two cabins that just shuttle back and forth on their own rope, one on either side of the towers. As there are only two cabins, though they hold many more people than the gondola lift cars, waiting in line can take a while. Both aerial trams and gondolas in motion can be seen here in Jackson Hole, Wyoming

Though it took three decades to come to fruition, The Palm Springs Aerial Tram has been called the eighth wonder of the world. Because of the engineering feats pulled off during construction. The only tower accessible by car is the first one. The rest of the towers were built by men and materials brought in by helicopter! At Mountain Station, there are two restaurants, 50 miles of hiking trails and many other activities. Here you will also find the Santa Rosa and the San Jacinto Mountains and National Monument on the southern side of the Coachella Valley, which would not be nearly as accessible without the amazing assistance of wire rope!

Most aerial tramways have been built in ski resorts, but recently, more are being built specifically for public transport, like the Portland Aerial Tram. This type of tram is the same as the ones used in the Swiss Alps, so it is safe, reliable and inexpensive transportation. As the tram is a major form of transportation to OHSU (Oregon Health & Science University) on Markham Hill, in the case of snow or icy roads, it is the recommended form of transportation to and from the university.

Wire Ropes are the Foundation

Aerial Tramways and gondola lifts rely on wire rope cables to make them operate safely and effectively. Engineers are realizing that aerial trams are more efficient, safer and more ecologically sound than most forms of transportation available today and they can literally climb mountains and hills too steep for any other type of transportation, for a much lower expense! For your wire rope needs, call Silver State Wire Rope, we are your leader in Wire rope and rigging solutions!