Aerial Ropeways as a Mode of Transportation 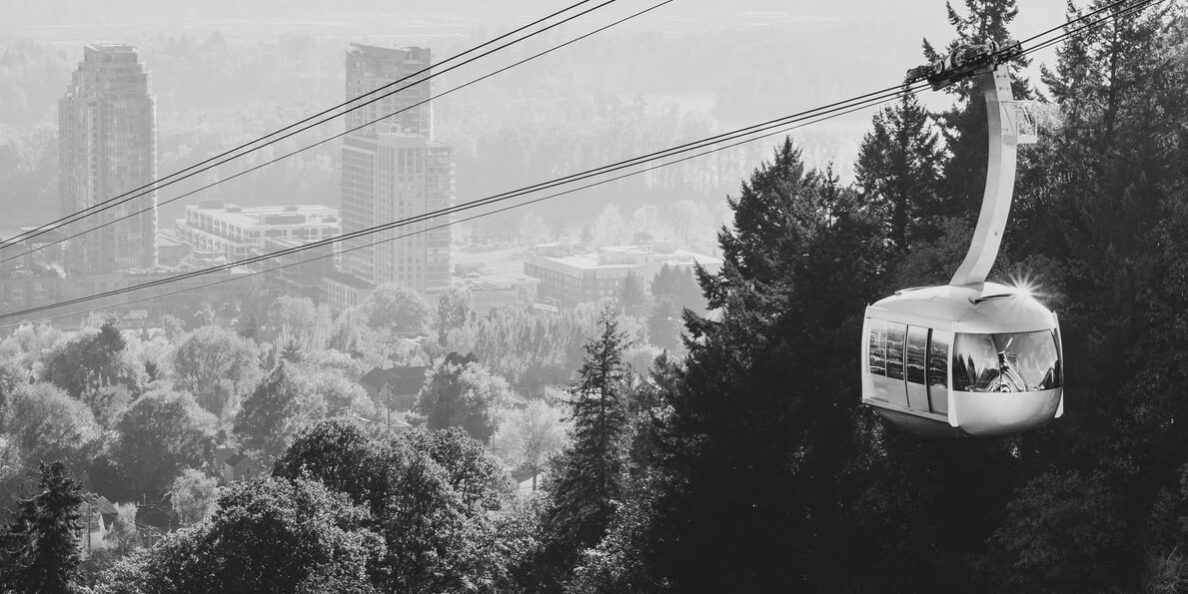 The history of ropes being used in transportation goes all the way back to the late 14th century Japan when a Japanese emperor, surrounded by enemy forces, escaped across a valley by way of a ropeway. Ropes were then used for transporting supplies and people, and the technology progressed until about 1650 where it reached its potential due to rope strength of available ropes at the time.

Ropeways: A Mode of Transportation

In 1850, wire rope made its appearance initiating the most successful period of aerial ropeways the world has ever seen. Electric motors and steam engines coupled with wire rope led to an extremely efficient mode of transportation. WIre rope was also used in warfare, mining, agriculture, factories and even transport cargo from one ship to another while on the ocean.

The Success of Ropeways

Ropeways, after the introduction of wire rope, were extremely successful. They were just a better mode of transportation than anything else that was available. They were sustainable, the electric engines that made them move were self-sufficient, they are much more economical than transportation by horses, mules, oxen or even railroad. Crossing ravines and rivers was easy via ropeway, but horses and trains required bridges to be built. Ropeways were portable and could be set up quickly and easily. Even steep hills or mountains could be traversed with ease with the use of ropeways, places that railroads and pack animals would not be able to climb. The only disadvantages of ropeways were electrical storms and high winds.

Ropeways are in use all over the world. From the Cable Cars in San Francisco, California to the funiculars in Europe, wire rope is used in many different types of transportation. The cables used in cable cars and funiculars are in the ground or on a track. In aerial tramways, on the other hand, the wire ropes are in the air, strung across gorges and over rivers. Though the technology goes back over a century, this unique mode of transportation is eco-friendly, safe, reliable and extremely cost-effective.

An aerial tramway is an aerial lift that consists of two large cabins suspended from cables that cruise back and forth. They are often confused with gondolas which is an entirely different system that suspends several chairs or cabins linked to a cable that continuously circulates, such as a ski lift. There are aerial tramways scattered across the US and around the world. The aerial trams in the U.S. have different uses, some move people through cities, others are for sightseeing, and some are used for taking skiers to mountaintops.

No, it is not a convention for rope enthusiasts. RopeCon is an ingenious innovation that combines a ropeway with a conveyor belt, making it more sturdy in strong winds and storms, can haul much heavier loads, and yet is still cost-efficient and does not use oil.

The Future of Aerial Ropeways

The cargo tramway has been around for a century or so and although its popularity waned in recent decades, it is slowly picking up steam so to speak. People are realizing the low cost, the tiny carbon footprint and the ability to cross bodies of water and deep ravines in a single bound is ecologically sound and economically a better way to transport cargo

It is possible to get most cargo off the road. Truck drivers could be retrained to build tramways, load cargo or help design a new network of freight delivery. Removing trucks would lower the traffic accidents, save the air from all the emissions, and lessen the amount of traffic so people can get where they are going faster and safer than before.

Building a transportation network of cableways would be the most affordable way to transport anything nationally or even internationally. And it doesn’t even touch the ground or disrupt animal habitats, or harm the earth.

How Can Wire Rope Help You?

Aerial ropeways are gaining new momentum as a way of transportation of people and cargo. They are widely used in mines and on construction sites for carrying a myriad of different minerals and materials. If you are in need of wire ropes for your construction site, mine or for use on an aerial ropeway of some kind, call the experts at Silver State Wire Rope. Whether you have cargo to transport on your construction site or in your quarry, or if you need to send sandwiches and cookies from your kitchen to your kids in their treehouse, Silver State Wire Rope has the wire rope you need to get the job done!