7 Stage Manager Duties Everyone Should Know

You are here:
Entertainment 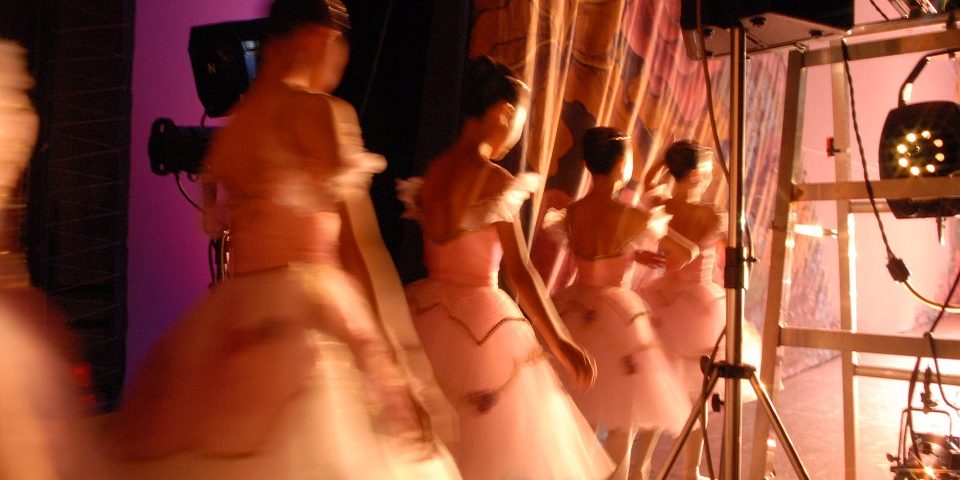 When it comes to a stage show, how well the people backstage flow can make or break a production. If no one knows when they need to come on or when a light needs to change, you could have an empty stage. But not if you have the right stage manager! Stage manager duties are important in keeping a show on its feet and we’re here to tell you why and how.

A stage manager encompasses a whole show from the production meetings to the rehearsal period, opening night and beyond. Here are the seven main duties of a stage manager everyone involved in a production should know.

When a show starts the director will have a vision; and so will his lighting, props, costumes, set and sound designers. A stage manager’s job is to create a ‘bible’ of all this information. Throughout the process, this book will help them keep track of all the information that goes into the show.

In order to get this information and allow the director to discuss the show with their production heads, a stage manager also schedules meetings and takes a roll call of these meetings. In these meetings, the production crew will discuss everything from how a costume looks in certain lighting to what day the tech rehearsals will be on. Stage managers work to coordinate the shows needs so that the process runs smoothly.

Once the show has started to be planned out, the actors come into play. During this process the stage manager is in charge of the following:

Getting a rehearsal space ready with an outline of the set’s ground plan is critical. As the production is created keeping cast and crew in the loop about what they will have to work with is important.

A stage manager must all take notes for the director in order to keep track of subjects he wishes to speak about at a later date.

During the pre-production process, we can’t stress enough, there is a lot of information going around. Plans for entertainment rigging, costume measurements for the actors, props discussed in the production notes, and an account of expenses are all processes that the stage manager has to keep track of. A stage manager’s ‘bible’ becomes the go-to place for everyone involved in a production to reference what they need, so it’s essential that it’s kept well.

Communicate with the stage crew

While going through rehearsals a stage manager is in charge of reporting back to the technical director and his crew. The stage manager communicates how the rehearsal process is going. If there are any updates to a set, costume or lighting that needs to happen, they let the crew know. This strong communication will carry over to when the show has opened as well.

After a show opening, a stage manager and their assistant stage managers will keep direct lines of communication with the stage crew. All parties will work together to make sure the show continues to run smoothly. Report all backstage events —from ripped costumes to broken set pieces— to a stage manager.

The lights are set and the curtain is rising, it’s time for the show! But how does the crew know when the curtain goes up? How do they know when the lights go on? How does an actor know when it’s safe to go on stage? That’s the job of a stage manager.

During a show, the stage manager calls the show cues. This can start with the music that plays while people are sitting and goes all the way until the curtain lowers after the bows. Every light, sound, and actor cue is set up by the stage manager and physically called. If the production is big enough, a stage manager may use assistant stage managers to be their eyes and ears in places they can’t go so that they can tell their assistants when to call a cue to a cast or crew member.

Maintain the run of the show

As discussed previously, keeping communication open with the stage crew is critical in keeping the show running smoothly. Once a show has opened its the stage manager’s main duty to keep the production going.

If an actor is sick they call their stand in. A stage manager coordinates with the costume department on how long it will take to repair a ripped costume and if they will need a stand-in in the meantime. Stage managers keep the role of everyone involved in the show and make sure they show up on time and are in their places on time.

Safety is a Stage Manager’s Duty

Safety is always the number one priority for a show, but as the main player in how a show runs, it extremely important for a stage manager. One of the best ways to keep your cast and crew safe is with the proper entertainment rigging supplies. Get the best rigging at Silver State Wire Rope and Rigging. Our staff is on hand at all times to discuss your best rigging solutions so give us a call!

What Is Wire Rope and Why Is It So Important in Theatrical Productions?
August 6, 2019